You are here: Home / Brandon / This is why we have ‘kid leashes’…

Opening scene: Its the weekend.  You are out to lunch with a friend and their kids.  Two sections over, ‘little Suzy’ is having a major meltdown.  Your friend speaks –

You interrupt, “Um… before you finish that statement, can you please remove your child from my pasta?  He’s stepping on my meatball…”

Yeah, yuck it up, you two, you think to yourself.  ‘Snookums’ almost learned how to conduct atmospheric re-entry procedures.

Been to this play?  I have.

I love kids.  They are incredible.  That is, until some parents get a hold of them.

I’m not a perfect parent and I never claimed to be, but there seems to be a common sense approach to this problem that’s not being followed.  Somewhere along the line, ‘spare the rod, spoil the child’ got lost in translation.  Let me help clear it up.  It’s a modified and often misquoted phrase from the King James Bible.  The actual quote is from Proverbs 13:24.  It says:

“He that spareth his rod hateth his son: but he that loveth him chasteneth him betimes.”

Make sense?  Back then, you could take the literal meaning—correct their wrongdoing sternly if you want them to flourish.  Alternate meanings are argued, but it suggests a nice, non-damaging spat with a reed, branch, or similar.  Today, I argue that the meaning still holds—if you love your kids and want them to grow up properly, you will correct them… consistently… with a stick… ok, maybe you should leave out the stick part, but in all seriousness, the underlying notion is still there. 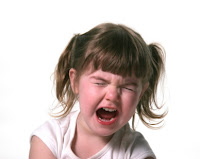 There are laws, now, against the ‘rod’ (some geniuses don’t know the difference between correction and abuse) but there are no laws prohibiting the use of common sense.  So what is the approach I spoke of earlier?  I call it ‘getting invited back.’  Here’s how it works.  If your kid comes to my house (or vice-versa) and they don’t act spoiled, are disciplined, and carry themselves responsibly, they will get invited back.  (No, I’m not having them line up and march—basically, if they use manners, behave like children–not animals, and they are polite.)

Wow.  Tough concept, isn’t it?  Apparently it is.  All too often you see more of the ‘you’re not my daddy and I can play in the ceiling fan at my house’ heathens that leave everything in their wake in a state of mayhem and utter calamity.  (Don’t underestimate the destructive power of a 4 year old, people.)

Come on, folks, it’s not hard.  Pull back the blinders for a minute.  Don’t let your kid become a brat.  If your kid is already a brat, do something about it.  There are plenty of helpful resources out there.  Remember, they are only tools and every kid is different.  Use what works, scrap what doesn’t.  Just be consistent and use a little common sense (just not a stick.)